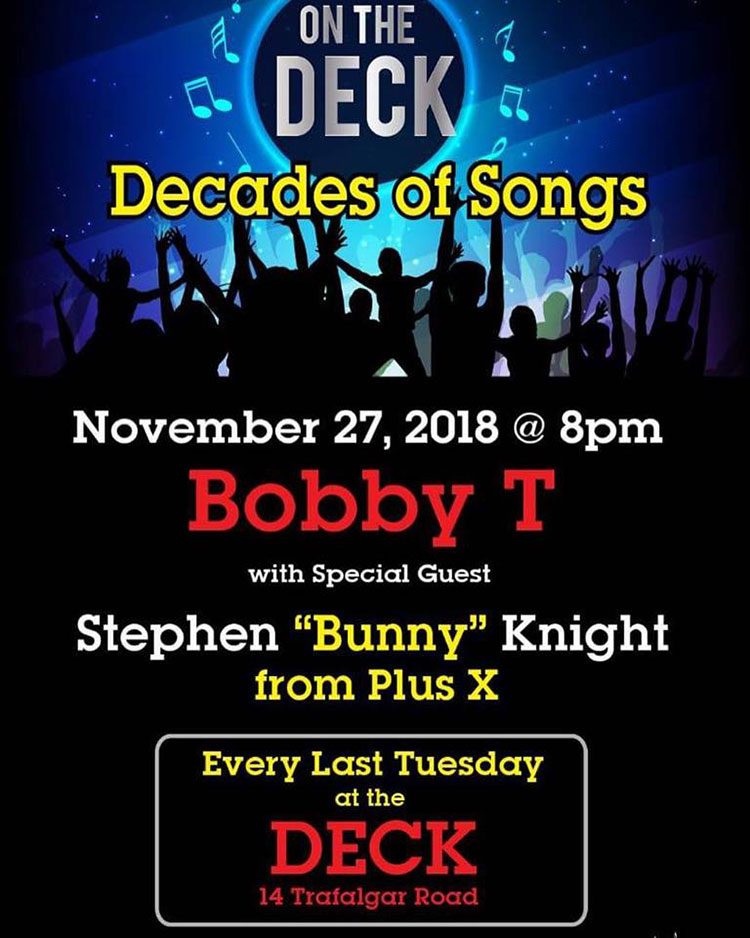 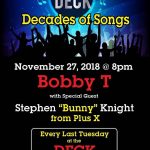 Every last Tuesday at The Deck

Bobby-t will take the control!

About The Deck in Kingston: Has been acknowledged as Kingston’s most relaxing after work entertainment happening and is situated in the business district at New Kingston. The Deck has many times been nominated to be “The Best Bar in Jamaica” and has the enviable reputation of consistently serving. Part eatery, part sports bar, part club and part bistro – The Deck is many things at different times. Read more about The Deck, here. Find more deals from The Deck here.

Coldest beers – Island wide survey commissioned on beers in 1997 had The Deck coming out on top as being number 1 in consistently serving a cold crisp brew. So much so, The Deck was interviewed as to its method of achieving this and shortly thereafter the beer company invested millions in specialized coolers to supply the trade with the objective of having consistent cold brews. From Morgan’s Harbour to Montego Bay there was a demand for a beer cold like a Deck Beer.

About Us: My Deals Today Jamaica is the best website for finding sales, deals, promotions, bargains, discounts, jobs and employment from the best local businesses in The Jamaica like universities, supermarkets, restaurants, retail shoes, retail banking, retail clothing, insurance, supplies, health and wellness and many more.

What do you think?