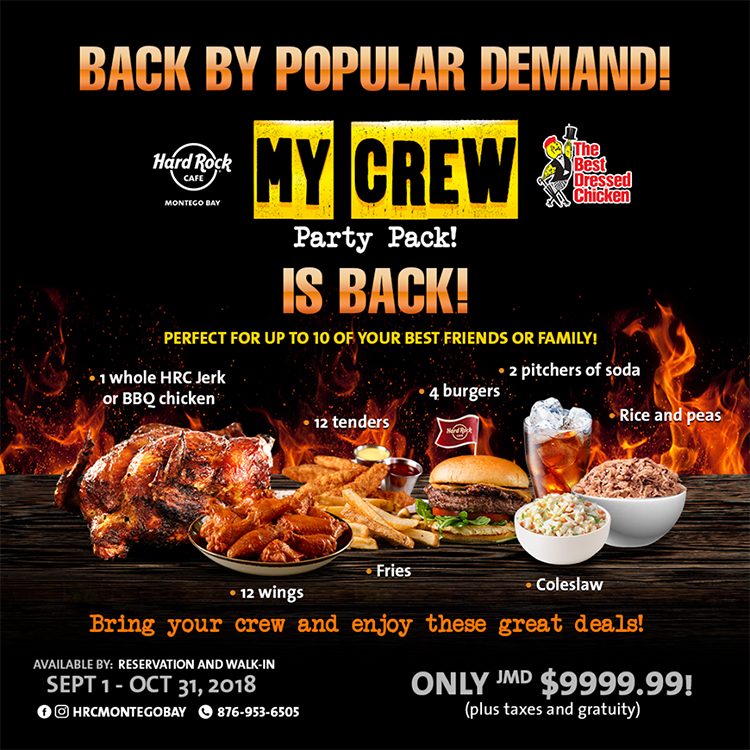 My Crew Party Pack is Back! 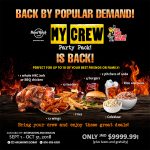 My Crew Party Pack is Back!

Back By Popular Demand!

Perfect for up to 10 of your best friends or family.

Bring your crew and enjoy these great deals!

Available by reservation and walk-in

(plus taxes and gratuity)

About Us: My Deals Today Jamaica is the best website for finding sales, deals, promotions, bargains, discounts, jobs, employment from the best local businesses in The Jamaica like universities, supermarkets, restaurants, retail shoes, retail banking, retail clothing, insurance, supplies, health and wellness and many more.

What do you think?